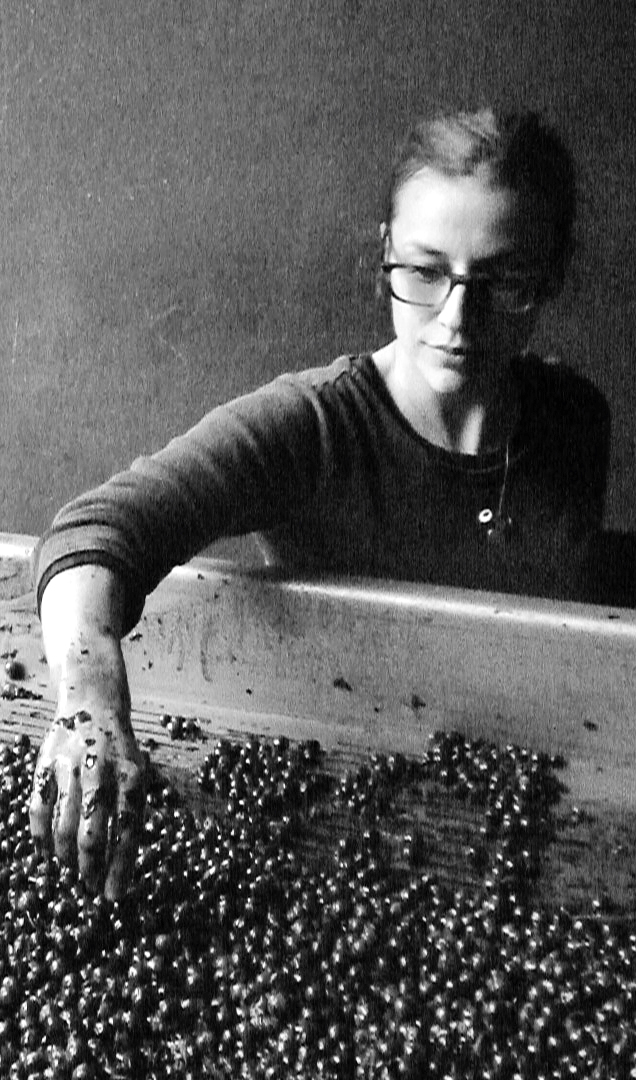 Michele’s love affair with wine began in 1997 when she walked into the cellar at Dry Creek Vineyard. It was her first job interview at a winery, and she was one of their three candidates that year. She recalls, “The enologist ultimately hired me because, at the time, I was a bartender in Boston. They figured a bartender's ability to multitask outweighed my lack of experience. I was only a third year, O-Chem undergraduate with no lab skills whatsoever.” Michele earned her Viticulture and Enology degree from UC Davis, and today she runs her own wine importing business and calls NYC her home. Come harvest season, Michele hops over the pond to get her hands dirty in the French soil, making wine with Pierre Bernault. Her mission is to redefine Bordeaux for a new generation of wine lovers — to swipe it of its stuffy notoriety and intimidation, getting us all to drink a glass on any day of the week.

Currently the only American female making wine in Bordeaux

Definitely not the commute, but I love everything else about it. I absolutely love making wine. The work is physical, which makes you feel like you're really doing something, and you can drink the results.

To eat and drink: Barcelona. To drink and play: Brandy's Piano Bar on East 84th Street in Manhattan. On Sundays they play bingo before the doors officially open for business, so one can potentially win all the money that will later be spent drinking at the bar.