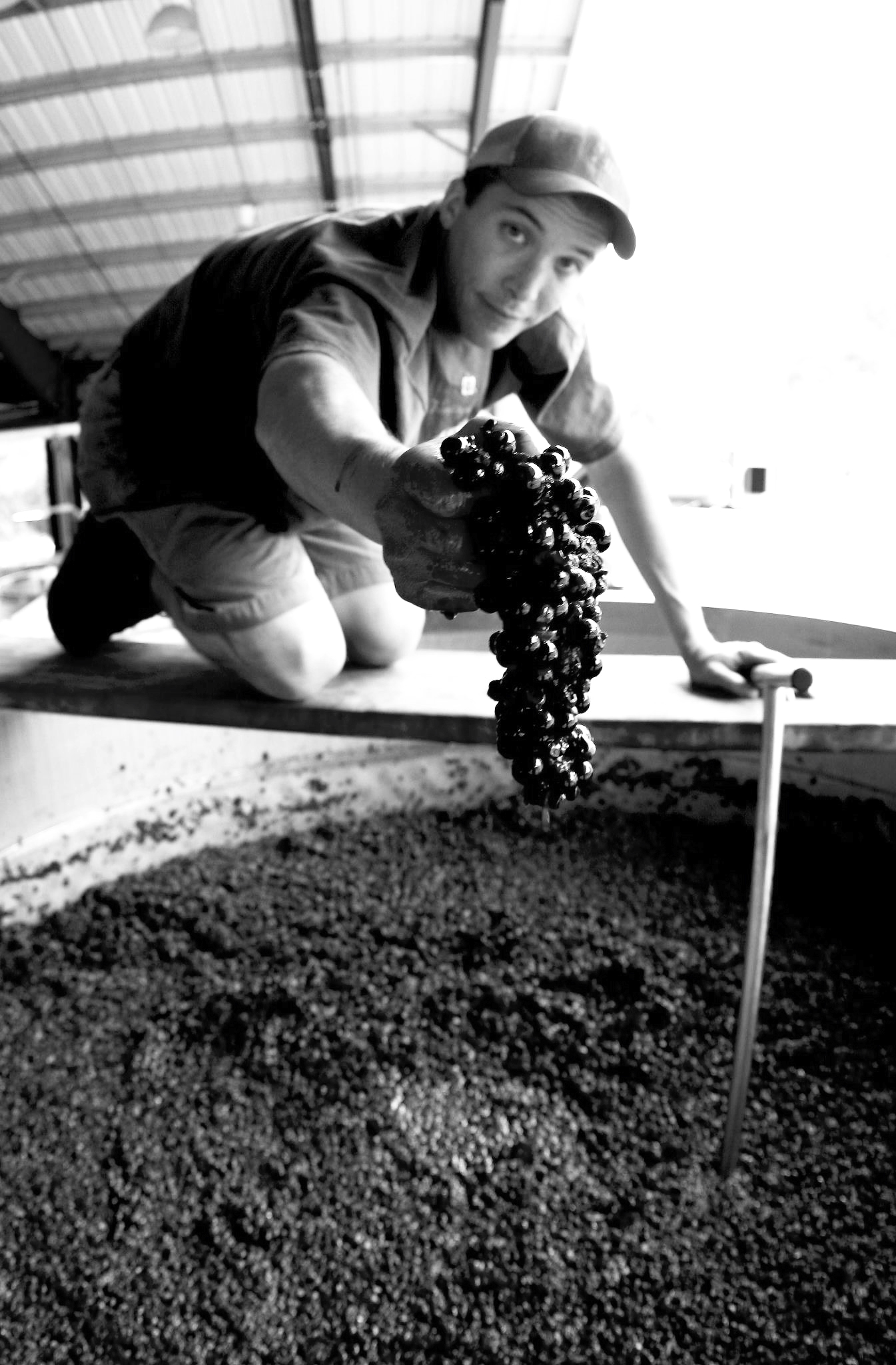 Everything about Kenny’s story has an independent attitude. His career path included many roads that enabled him to pursue his passions for skateboarding and snowboarding in tandem with plenty of world travel — all of which contributed to his role as the winemaker behind Hobo Wine Company, Ghostwriter Wines, and now, as a Club W Winemaker Partner.

Kenny started his winemaking career studying at UC Davis’ wine program, spending two years managing their organic vineyard. A six-month stint in France opened his eyes to the possibilities of natural winemaking, and shortly after he launched the Banyan label with his father to showcase a line of whites to pair with the food he grew up eating. He then started Hobo Wine Co. to showcase Sonoma’s reds from the place he grew up. As a self-described “hobo winemaker,” he started his career with no set winery or vineyards. The flexibility to pick and choose the grape type, vineyard, appellation, and winery on an ongoing basis is his preference because of interchanging people it brings to the picture. Kenny uses only organically grown fruit and natural yeasts, intervening as little as possible in the winemaking process with the belief that “every wine has its own story."

Being outside is always a plus. There have been some amazing, generous, gracious, inspirational individuals along the way.

Henry Miller, Woody Guthrie, and Bruce Springsteen. It would be hard to not invite Richard Hugo. Wait, dead or alive?

Brethren of the Road Syrah

Brethren of the Road Grenache