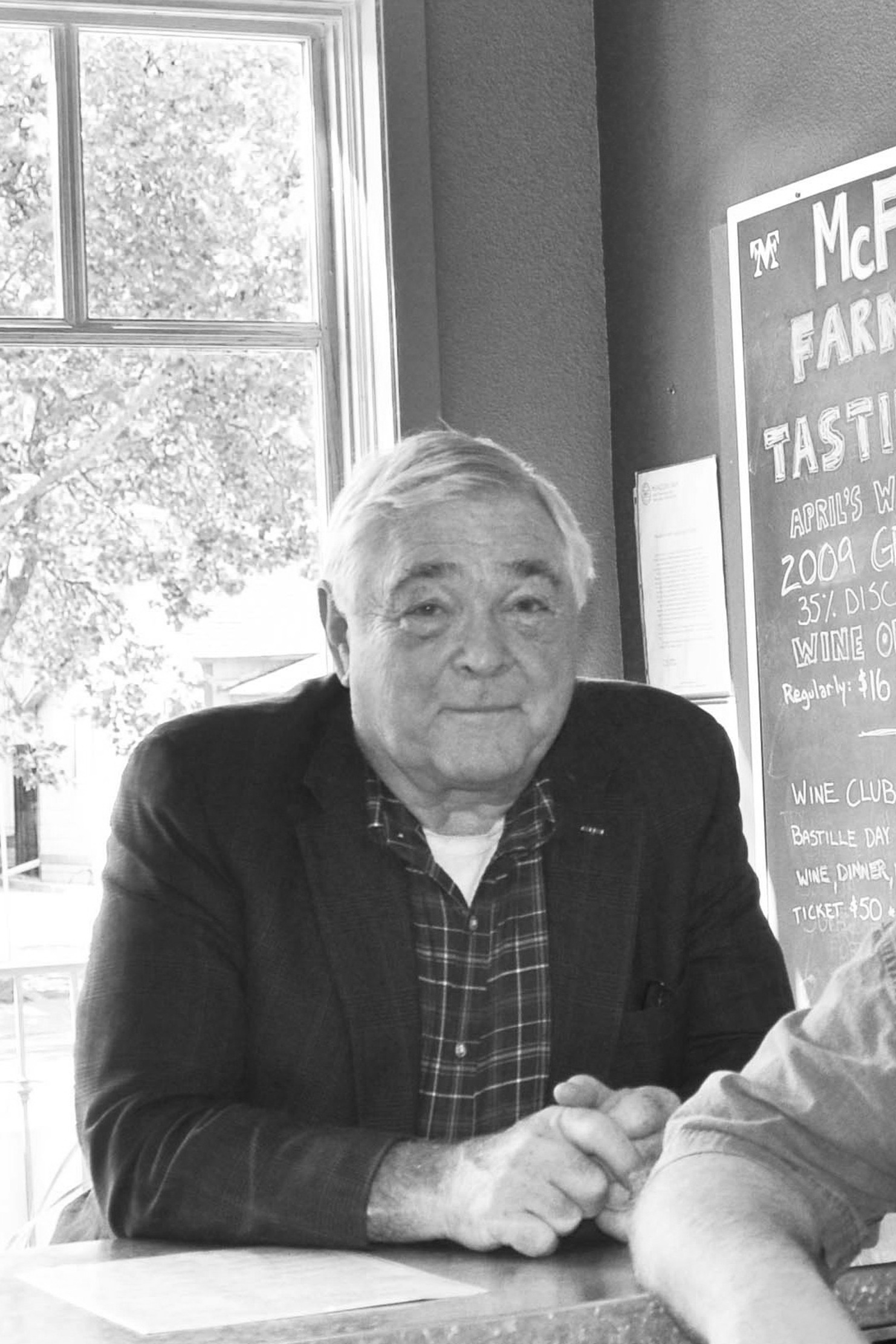 Guinness McFadden is a pioneer in Mendocino Wine County, but his path towards becoming a winemaker was unexpected. During his career in the Navy, Guinness was on tour in the Mediterranean and lived in Lisbon as an Admiral’s Aid after serving in Vietnam. Very few people drank wine in America at those times, so he brought back a bottle of Chianti encased in straw. One night he brought it to a family dinner, and from then on, he drank wine at every meal and has been in love ever since.

Guinness landed in Mendocino's Potter Valley 37 years ago, and everyone told him it was "too cold" to grow grapes there. He did it anyways. When Guinness began planting grapes in Potter Valley, he started with two small vineyards, each no bigger than 15 acres. As he learned the ropes of farming, he pursued more natural farming methods, joined the California Certified Organic Farmers, and kept his small farm in tune with nature as a safe place for his family and the crops. Today, the McFadden Vineyard boasts some of the oldest vines of the nearly 1,500 acres of vineyard in Potter Valley. He is a visionary, a respected member of his community, and a pioneer in the Mendocino organic movement.

Just walking around and seeing all we’ve accomplished over the years, and working alongside the same guys for over 30 years. The seasons of Potter Valley, the rains, the morning fog, the heat of summer, the smell of freshly cut hay. Being outdoors. Raising my five children on an organic farm, instilling in them senses of self-worth and work ethic.

To eat: Patrona in Ukiah Bom Jardim in Lisbon. To drink: my porch overlooking the vineyards on a summer day. To play: home.