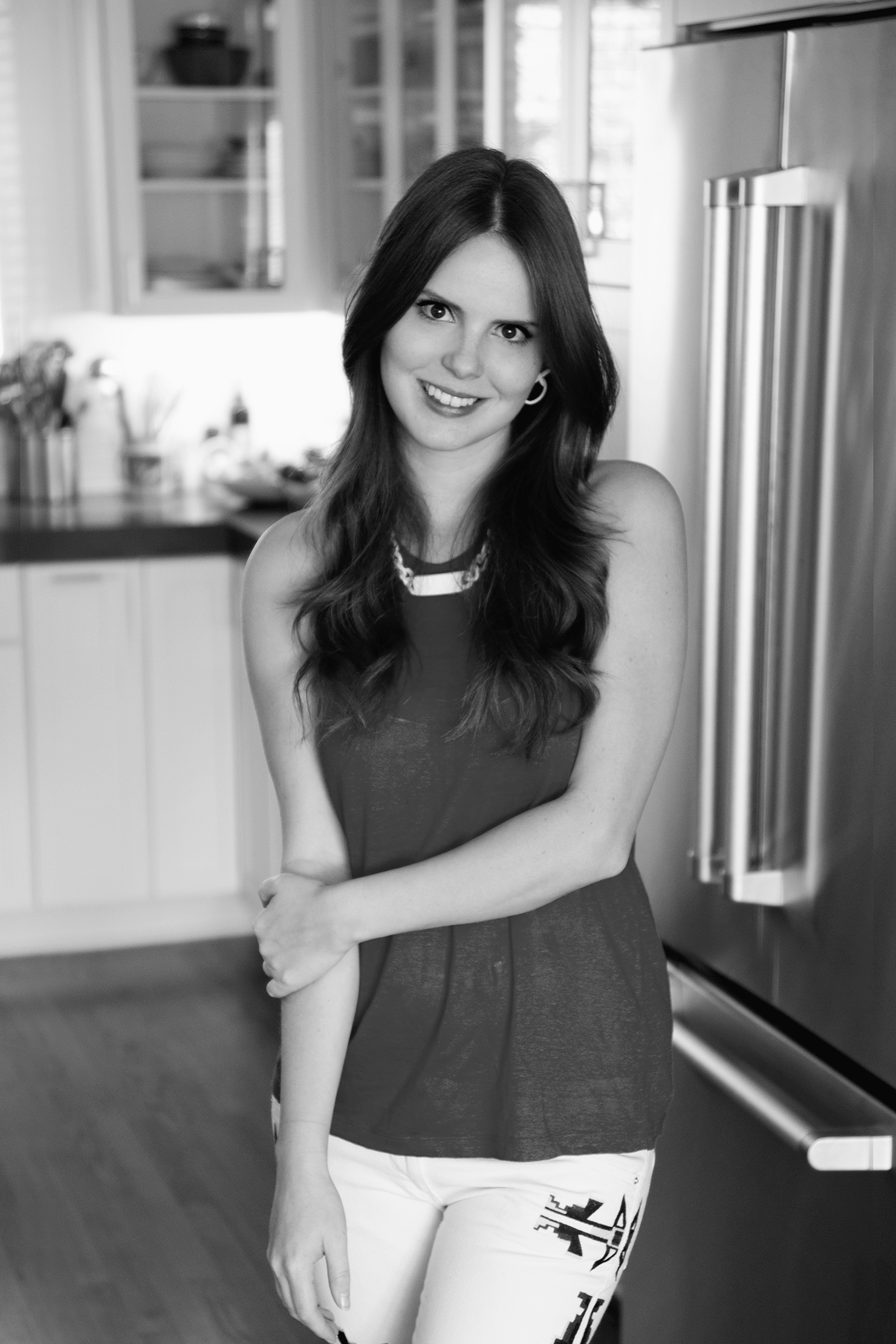 Growing up in a food family with an amazing cook for a mom, Claire never felt the need to step into the kitchen. Right out of college, she got a not-so-great job that wasn’t very creative, so she started baking on the side and found a remedy for her creative muddle in the form of a food blog. After three months developing recipes and practicing food photography, Claire quit her day job and started working as a food stylist and photographer in Los Angeles. A year later, she began producing recipe videos for her website. Claire’s work got the attention of production company Green Dot Films, who hired her to direct for a McDonald’s commercial — and others to follow. At the same time, her videos were getting attention from ABC and Litton Entertainment, landing her a hosting spot on her own show Food for Thought. She’s now got more than a dozen commercial spots under her belt, and she’s a published author with the Kitchy Kitchen: New Classics for Living Deliciously. As Claire puts it, “It's crazy what messing around in your kitchen can lead to.”

Being a content creator. I’m constantly experimenting with new recipes, photography and video techniques, and seeing what gets the biggest response from my fans. My constant interaction with them pushes me to be a more engaging blogger.

Superba Snack Bar. Other than being one of the best chefs in the city (in my humble opinion), Jason Neroni is a first-class guy. He’s super sweet, laid-back, and self-effacing whenever I come in and gush all over him. Here’s the deal: smoked bucatini carbonara, the most insanely delicious kale salad, s’mores pot au crème with a smoked marshmallow. Boom. Done! Also, his somm Ben is a sweetheart with impeccable taste. Go now!

Amy and David Sedaris, Stephen Colbert, Mark Kurlansky, Anthony Bourdain, and Nigella Lawson. How amazing would the dinner party banter be? I’m pretty sure I’d just awkwardly hoard the breadbasket and eavesdrop on the amazing conversation, but even that would be enough to let me die happy.

Whitney Adams. It might be funny that my palate icon is also one of my best friends, but Whitney gets me more excited about wine than anyone else. She has excellent taste and is completely unpretentious.

Personality-wise, Nigella Lawson. She’s feminine, sexy, and smart as a whip! Additionally, she’s the only TV chef I know who can pull off the word “deliquescent.” From a foodie standpoint, Helen Evans Brown has had a huge influence in my love for vintage cookbooks and West Coast cookery.